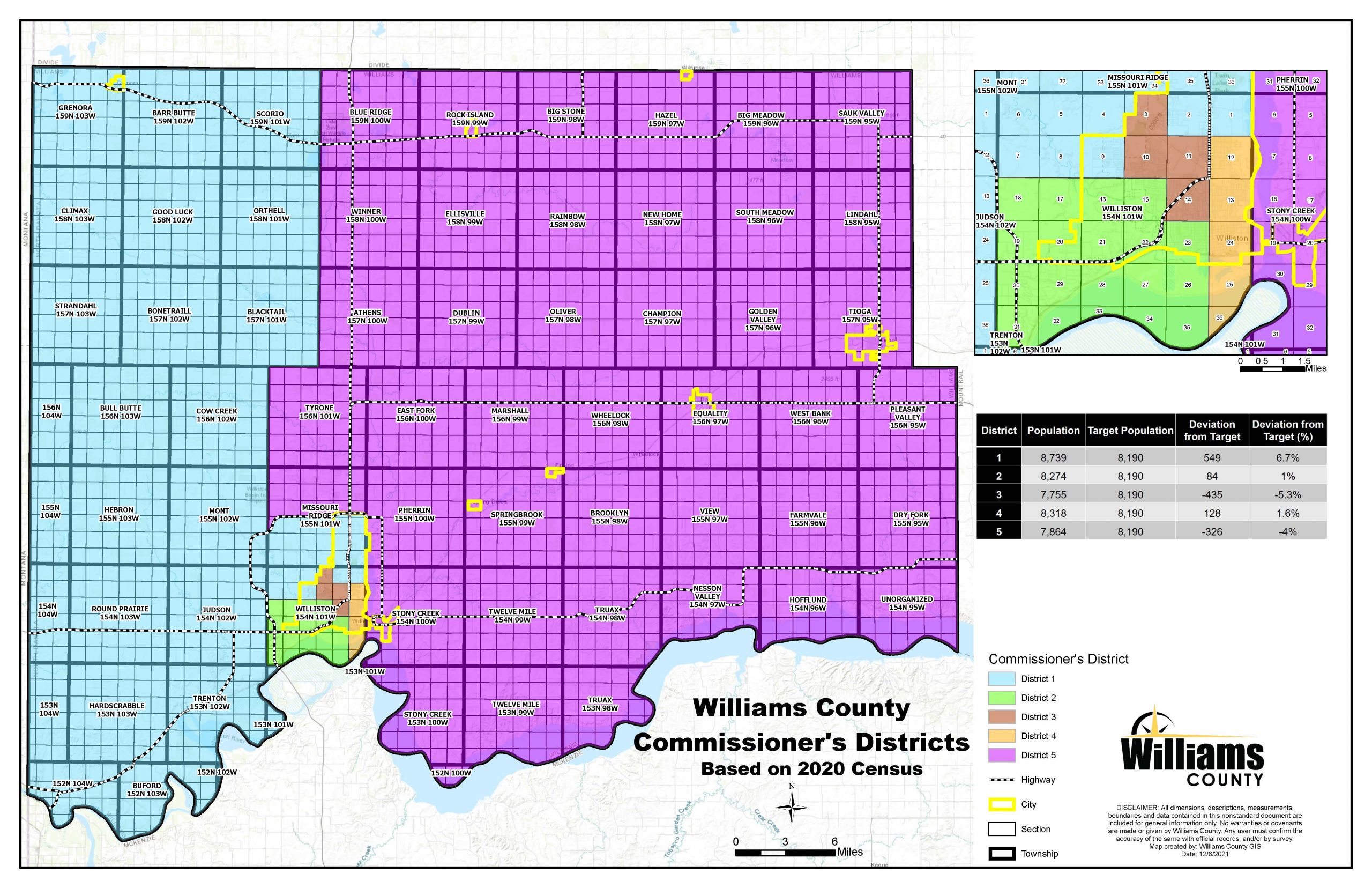 Williston, N.D., (December 10, 2021) – Ahead of the December 31, 2021, deadline set by North Dakota Century Code, the Williams County Redistricting Board has finalized a plan for new Commissioner’s Districts. The Plan was filed with the Williams County Auditor’s Office on December 9. A recording of the meeting, a copy of the Final Plan, and an updated map of the districts can be found on the Williams County website.

Notable changes to the district boundaries include:

The table below shows the final population count for each new district.

The currently seated County Commissioners will remain in their elected positions for the duration of their term.