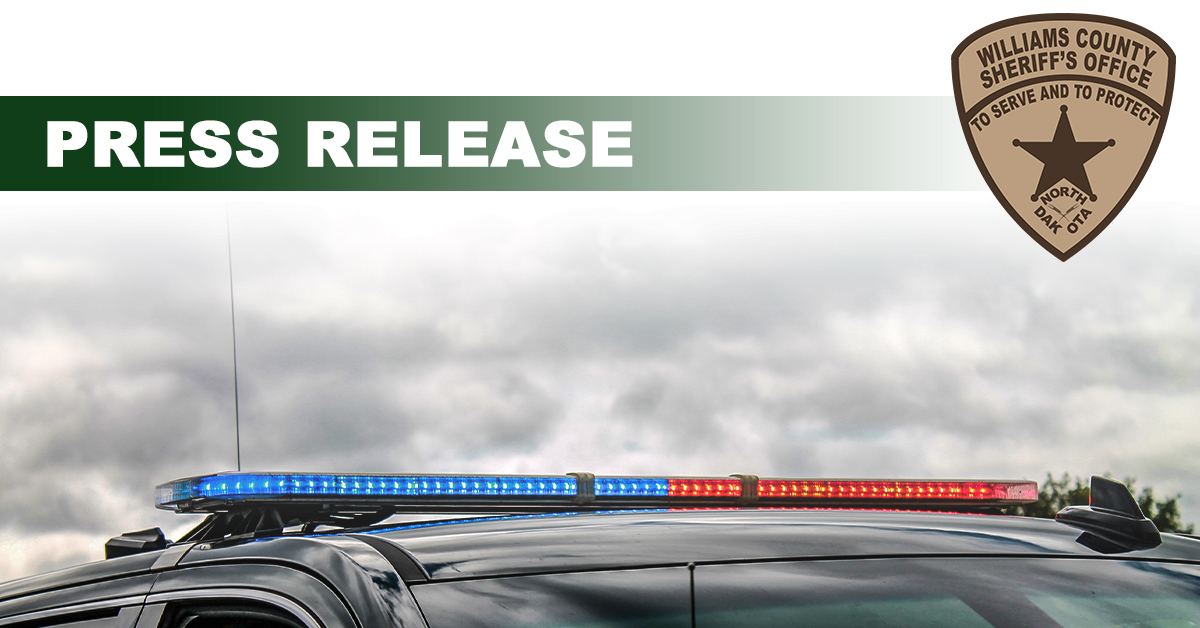 The vehicle was traveling westbound on Highway 2, exceeding speeds of 100 mph, and was driving recklessly across the center median, posing a significant danger to oncoming traffic. At one point while crossing the median, the vehicle collided with a Williams County Sheriff’s Office patrol vehicle and caused extensive damage. The vehicle then crashed into an unoccupied building, ending the vehicle pursuit, but the driver exited the vehicle and continued to flee on foot. Deputies followed and were able to successfully apprehended the driver and take him into custody. The Sheriff’s Office is thankful to report that no major injuries occurred as the result of this incident.

The driver has been identified as 34-year-old James Magley of Williston. He is currently being held in the Williams County Correctional Center on the following charges:

Citations were also written for: