Williams County is located in northwestern North Dakota. The County was officially organized on December 8, 1891 and its boundaries have remained unchanged since 1910.

The government is comprised of a Board of County Commissioners, four offices lead by elected officials, and 19 departments. Several appointed boards and commissions are also part of Williams County’s decision-making process.

Williams County is home to more than 35,000 people and one of the fastest growing counties in the nation. Oil and agriculture are the two key sectors of the County’s economy. 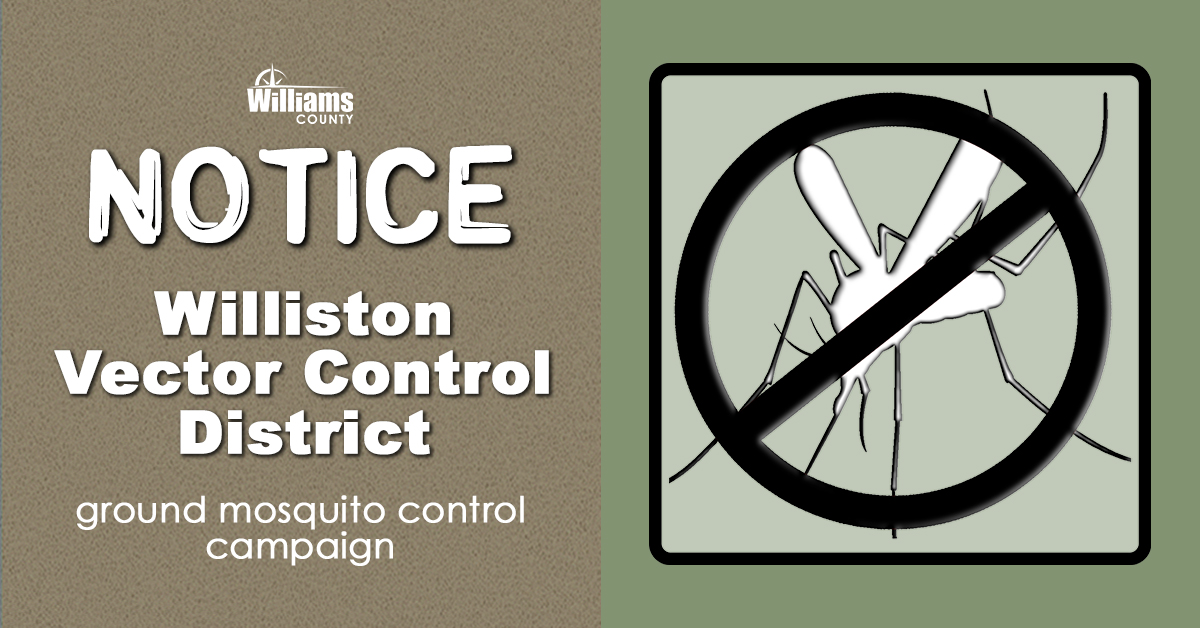 The Williston Vector Control District is tentatively scheduled to conduct ground adulticide treatments for the Ray and Trenton spray blocks on Thursday, August 5th. Please keep a distance of at least 300 ft while the trucks are spraying. All treatments will take place near sunset, weather and conditions permitting. Specific treatment dates and locations will...

EFFECTIVE IMMEDIATELY, 7/27/21, THE BRIDGE CONSTRUCTION ON COUNTY ROAD 10 (69TH ST NW), THE ROAD LEADING TO BLACKTAIL DAM - WEST OF HWY 85 -  HAS BEEN COMPLETED. THE ROAD IS NOW OPEN FOR TRAFFIC. THANK YOU. 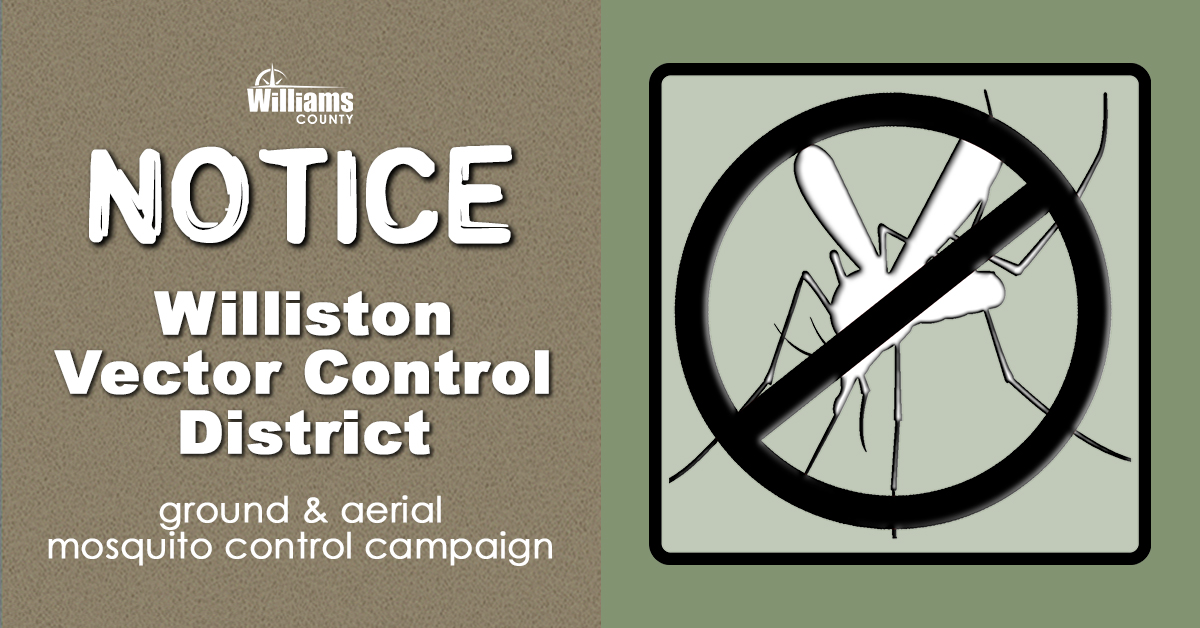